National Paints the mother company of Sayegh Group, established in the year 1969 is now ranking number thirty one in sales among  the World’s Top Paints companies , ranks number thirteen among  the top 25 European companies and ranks number one in the Middle East and the Arab world in both sales and production.Its annual production capacity 318 million liters and it is considered one of the pioneer paints companies of high quality standards in paints and respective raw materials.The company owns fourteen paint and three resin plants worldwide and had originally started in Jordan, then United Arab Emirates. The factory in Sharjah is considered the biggest in the Arab World and Middle East specialized in paints production of all kinds. Other similar factories were established in Palestine, Kyrgyzstan, Kazakhstan, Oman, Romania, India, KSA and Egypt which is considered to be the second largest industrial complex of National Paints. In addition to several showrooms in Lebanon and Armenia, National Paints also exports to over 80 countries worldwide. 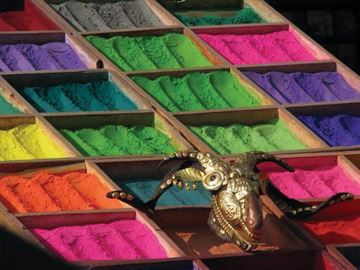